Growing up on the South Shore, Ryan has always found comfort in the New England scenery and energy...

A local's guide to the perfect Thanksgiving Parade experience!🦃

When is the parade?

The Plymouth Thanksgiving Parade is happening on Saturday 11/19!

This parade is an annual tribute to the pilgrims who first arrived in Plymouth, Massachusetts in 1620.

It is the second largest Thanksgiving parade in the United States to the infamous Macy's Day Parade.

The parade route runs for 2.5 miles through the streets of Plymouth, ending at Plymouth Rock.

Every year, thousands of people line the route to watch the parade.

If you're planning to attend the 2022 Plymouth Thanksgiving Parade...

We have put together a list of TO-DO's before the big day, assuring you have the local's secret to the perfect morning! 🦃 👇 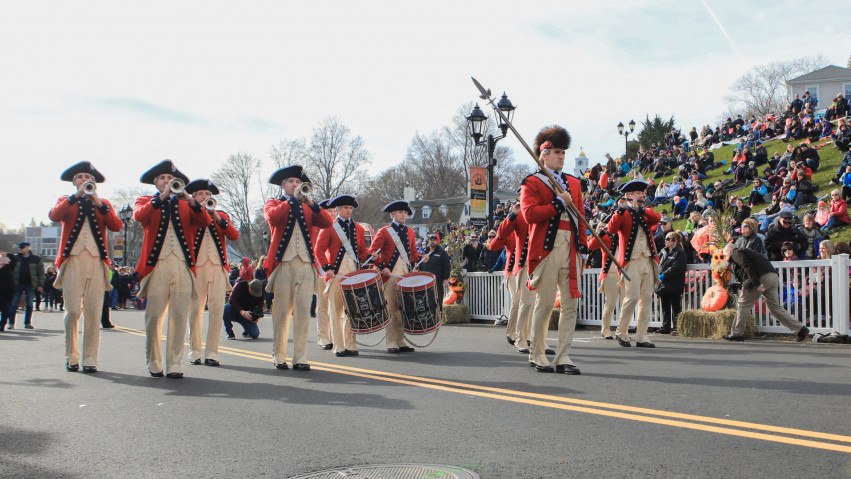 1. Prep the Night Before!

If you're a planner, like us (😉) make sure you prep everything you need the night before.

What will you need?

Not everyones favorite, but set your alarm. ⏰

More time is better than rushing!

Get up, shower & get ready for the day!

3. If time allows, stop by a local coffee shop☕️

After all, it is the season of giving.

Our favorite thing to do is support local business especially the morning of parade day.

Some of our favorites for breakfast or coffee include Vela, Will & Co. & More!

Send us a DM on instagram for a full guide of our favorites.

Go in, smile & thank them for being open! Kindness is free. ❤️

Many of Plymouth's iconic spots will be opening early to offer the best of the best, food & beverage before and during the parade.

Here's what you'll need to know👇

Pack the kids, friends, family! We recommend leaving about an hour and 15 before the parade starts. (Yes! Even if you live in Plymouth!)

The parade route will be closed to vehicular traffic at 8:30 a.m.

If you know someone who lives Downtown that has extra parking, we recommend reaching out to them to see if you can get a spot as close as possible.

General Parking Areas for the Parade we recommend:

Plymouth North High School, Cordage Park, Shuttle Bus Service will be provided this year to all visitors from 7:00 a.m. through 3:00 p.m.

An additional pick-up area will be at the Kingston MBTA Commuter Lot and will drop off/pick-up on Lincoln Street.

The parade route covers all of Main St and Downtown Plymouth.

If you have plans later in the day, plan to sit where the parade begins!

Our favorite spot is on Cole's Hill in front of the rock overlooking the Ocean. 😉

Other great spots include Main St (tons of local biz will be open to stop by!) and On the Corner of Water St!

Trust us, there is NO bad seat in the house when you are surrounded by the culture in America's Hometown.

Enjoy the centuries of Plymouth come to life through the parade.

Patriotism and hope is revived in the hearts of observant adults and children as the floats, drum and bugle corps, and military bands march thru the streets honoring the courageous defenders of our country: the men and women who serve in the Army, the Navy, the Marines, the Air Force and the Coast Guard.

and maybe even a few surprises & guest appearance from Santa & Mrs. Clause 🎅🏻

Will we see you there?

Tavern On The Wharf - Live music at 6pm 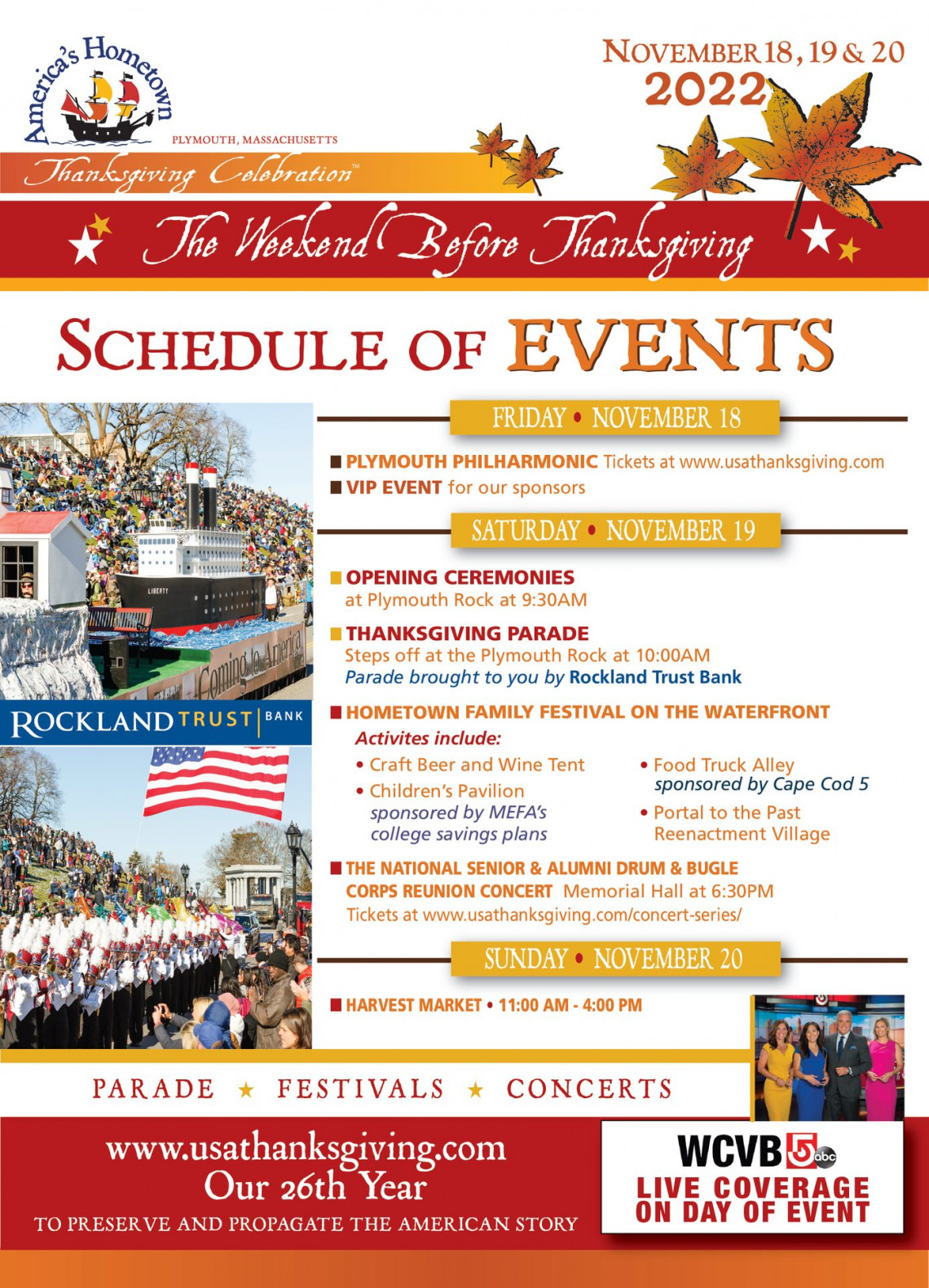 We've got you covered